Who Do I Think I Am?

I am trying something new.  Comments would be welcome. 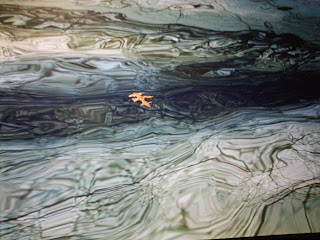 Who Do I Think I Am?

On my mother’s side, I am the great granddaughter of an educated and compassionate Czech farming family who were known for helping people however they could including hiding two paratroopers (part of the team sent to assassinate Reinhard Heydrich and who’s navigational crew had overshot their target by more than 100 kilometers) in their barn after they landed in their fields during World War II - at the risk of their own lives. Their whole town participated in keeping the airmen from being caught by the Germans who were actively looking for them. My grandmother and her brother (not Jewish) were imprisoned in Nazi concentration camps for listening to the BBC on the radio. My mother had to run for her life during the Communist purge after the coup in 1948. She had minutes to leave her home, run and hide out for days before being smuggled out of Czechoslovakia into Germany. She wasn’t even able to say goodbye to her mother.

My father’s family was an intelligent mix of journalists, newspaper editors, writers, educators and engineers who were persecuted by the Communist regime (especially my grandparents, who were hounded to the day they died) because they refused to join the Communist party and give up practicing their Catholic faith. They were continually tyrannized by the top ranking STB official for the region of southern Bohemia, who had my uncle bring me in to be interrogated when I had the opportunity to visit Czechoslovakia and meet my family for the first time at the age of 15 in 1966.

I was born in a refugee camp in Germany. My father worked for Radio Free Europe and my mother worked as an interpreter in the medical facility of the camp before my parents became eligible to immigrate to the United States as part of the quota for workers needed during the Korean War.  Because ‘officially’ our ‘sponsor’ was a farmer from North Dakota, my father was physically prevented from going to his scheduled interview with Radio Free Europe New York by small minded immigration agents exercising their power over these DPs (displaced persons).  They were insistent that my parents needed to go work on a farm even though my mother was six months pregnant, had a degree in accounting and spoke English and German in addition to her native Czech and my dad had been studying journalism and law at the university before the communists kicked him out of school.  We were rescued from the train to North Dakota in Chicago with the help of the Benedictine abbot and other displaced Czechs already in Chicago.  Unfortunately, the Radio Free Europe position had already been filled by this time and my dad ended up working in a factory making pontoon parts for the war. Because he was underweight and small and relatively clumsy (he managed to break several machines in the first weeks he was there) they were at a loss as to how to utilize him until they realized he had an aptitude for numbers and put him to work taking inventory. My father continued to freelance for Radio Free Europe for many years while working at various factory jobs.

I am a child of dual cultures, Czech and American.  I am, also, a child of the fifties and sixties. I was brought up to be an idealistic realist, to have compassion, to do what is right not what is comfortable, to stand up against injustice and in my own small way make this world a better place.  I have hope in the face of hopelessness, the courage to speak out when I am most afraid and faith that good will always prevail.

I am an altruistic optimist and I will never be silenced.

Posted by Alice Vedral (Halva) Rivera at 11:45 AM No comments: