About my time at Camp Hostyn in Canada - 1961 & 1962.  I have written 21 poems and need to add more when my muse feels like it. Also, gathering photos to go with the poems. I will probably publish this some time next year.

Shadows on the Carpet Series:

"Shadows on the Carpet", (a compilation of my darker poems, many of which are multi-layer relationship/social/political commentaries).  Dark shadows from my past expressed in varying poetic shades of gray where the past meets the future as memories in the present.

I had decided to publish this as a trilogy to make it more manageable with 3 sections in each individual book.

Some of the poems have previously been published in anthologies or other books and many can be found on the internet.  But, it is one thing to read one poem here or there and quite another to read poems as part of a book with a distinct progression.  My fans have expressed the need for it to be through the darkness to the light ending on an up note. Based on their feedback, I have separated my series into 3 books of 3 sections each – Shadows, Visions, Luna-Cy; Fallen, Contaminated, Torment; and Condemned, Release and Clarity.  Each book in the series encompasses roughly 30 - 35 poems.


The T. Collection - A Retrospective: 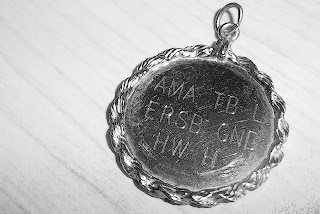 Done - and ready for purchase on Amazon!!!
Purchase here