I realized, the other day, that I had written 19 Poemhunter inspired poems and then I wrote 2 more.  I will be re-posting those poems to PH one at a time and I will endeavor to add my own audio to some - so far the audio doesn't seem to be taking.

FYI, I am grateful for the Poemhunter website.  It was the PH forum that taught me not to take criticism so personally and helped me overcome my fear of sharing my poetic ‘babies’.  The poets I have met and continue to meet on this site have left indelible marks on my writing by their example, encouragement, critiques, comments and forum discourses.  I have to credit the PH forum for inspiring me to write a good many of my social/political commentary poems.  This poem is part of "Shadows on the Carpet I", '
Visions' section (inspired by the PH forum).

Being the underdog
Listening to a pedagogue
Say: “Live with integrity”
It’s not so easy

Posted by Alice Vedral (Halva) Rivera at 9:45 AM No comments:

I am sad to announce, that due to the proliferation of ads and the addition of videos with my poems being read by a really creepy automated voice with an ad running after a couple of lines of the so called 'reading', I have pulled most of my poems off of the Poemhunter website.  The poems on the pages were literally overrun and lost among all the advertising that was placed around them. 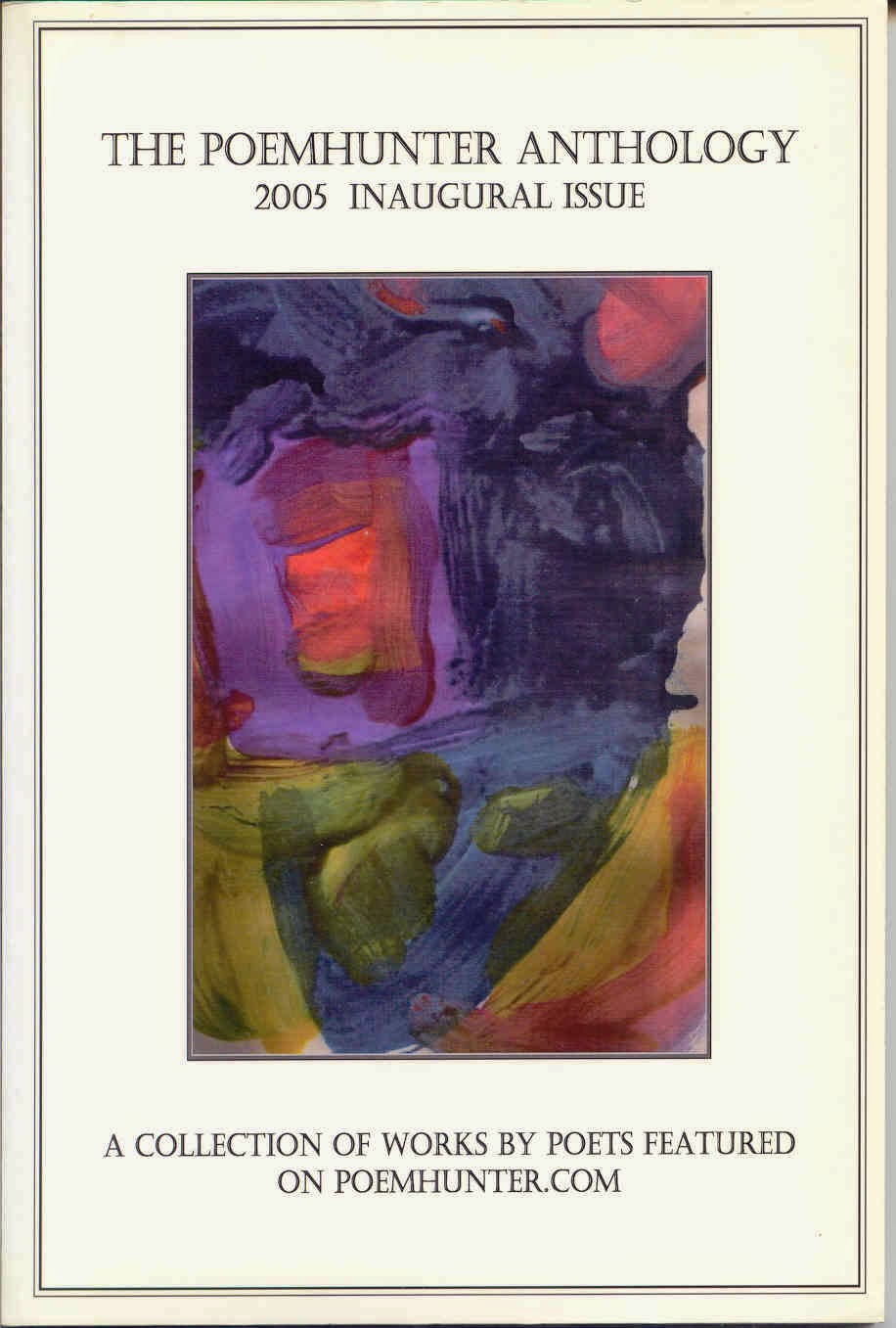 My relationship with Poemhunter began when 3 of my poems were selected to appear on the site when it first started in 2003.  I was not aware of this until a friend from the Czech Republic let me know that he had found my poems on the internet on the Poemhunter website in 2005.  I checked out the site and started posting more of my poems.  In those days, there was an active community of poets that regularly checked out works of other poets and commented on them. There was also a forum where poets could exchange ideas, discuss form, content, etc.  In the forum, the discussions sometimes were very heated and on occasion digressed to trading insults.  However, there was enough intelligent discourse to keep participating.  I was proud to be one of the poets included in The Poemhunter Anthology, 2005 Inaugural Issue.

When the forum was over run by a few vile zealots who had created alternate personas and indulged in trading insults with themselves and others, I didn't visit the forum much but I still posted poems and read poems written by others.  Once in a while, I was inspired to write poems about the mudslinging on the forum. I couldn't help but peek in once in a while - it was kind of like a bad train wreck that you couldn't keep your eyes off of.  It became so bad that the site had to assign a moderator for the forum.

As this free site grew, there were problems with the website being able to handle the traffic and with funding of the site as well.  Ads were placed on the pages with the poems (which I could tolerate) but then certain words within the poems started to be highlighted so one could click on the word and be taken elsewhere.  When I complained about the blue highlighted words being a distraction and even changing the meaning of my poems by putting emphasis on words I did not want emphasized, I started to have problems accessing and navigating the site.  However, the blue highlights were eventually removed.

At this time, PH had activated a feature that enabled people to reproduce poems that they read and liked but failed to put in safe guards so various poems turned up on other sites with someone other than the original poet as author of the piece. It took PH a while to fix that. Also, some of our poems were shared with other poetry sites, which was ok with most of us as long as credit was given to the original author.

Because I continued to have difficulty accessing and navigating the site, I didn't post much from 2008 - 2012.  I had even tried to remove my poems but the site wouldn't let me.  I should mention that while I was not the only one having difficulties with the site, many others had absolutely no problems whatsoever.

In 2013, I was able to access and post on Poemhunter without an issue and so I started posting some of my poems again.  I was locked out of the ability to rate the poems I read even though I had never given anyone a rating lower than a 7 and I usually only rated the poems I felt should get a 9 or 10.  I found that the site was being heavily moderated and censored.

The forum still has most of the same issues but the nastiness is censored out by a delay between posting and actually being able to see the post.  It makes real time conversations impossible but given the alternative, understandable.

It used to be that you could put a link to your website/blog or book publisher in your poet bio area.  No outside links are allowed anywhere on the site now.  In other words, I am not allowed to effectively promote my work on PH, but PH can use my work to gain revenue for itself.

There are so many new poets on PH and many of them send out mass 'please read and like my poem' messages.  Quality has diminished as quantity has increased.  I still can find a few good and interesting poems including some among the 'English as a second language' poets, but it is increasingly difficult to enjoy reading a poem when it is overshadowed by so much superfluous junk.  You eye is automatically drawn away from the poem to the smartly colored, twinkling ads for other parts of PH as well as other advertisers.

It pains me that what was once a wonderful site for poets has turned into such a hodge-podge of scrap material that effectively defeats the original purpose of PH by burying the poetry in dung.

So quasi-farewell Poemhunter, you can bury my few remaining poems in dung, but you cannot take away the friendships I have made with some amazingly talented poets over the years.
Posted by Alice Vedral (Halva) Rivera at 4:15 PM No comments:

Sometimes I Get A Good Feeling….


Part of my ongoing series of uplifting stories....

Sometimes I Get a Good Feeling ….. 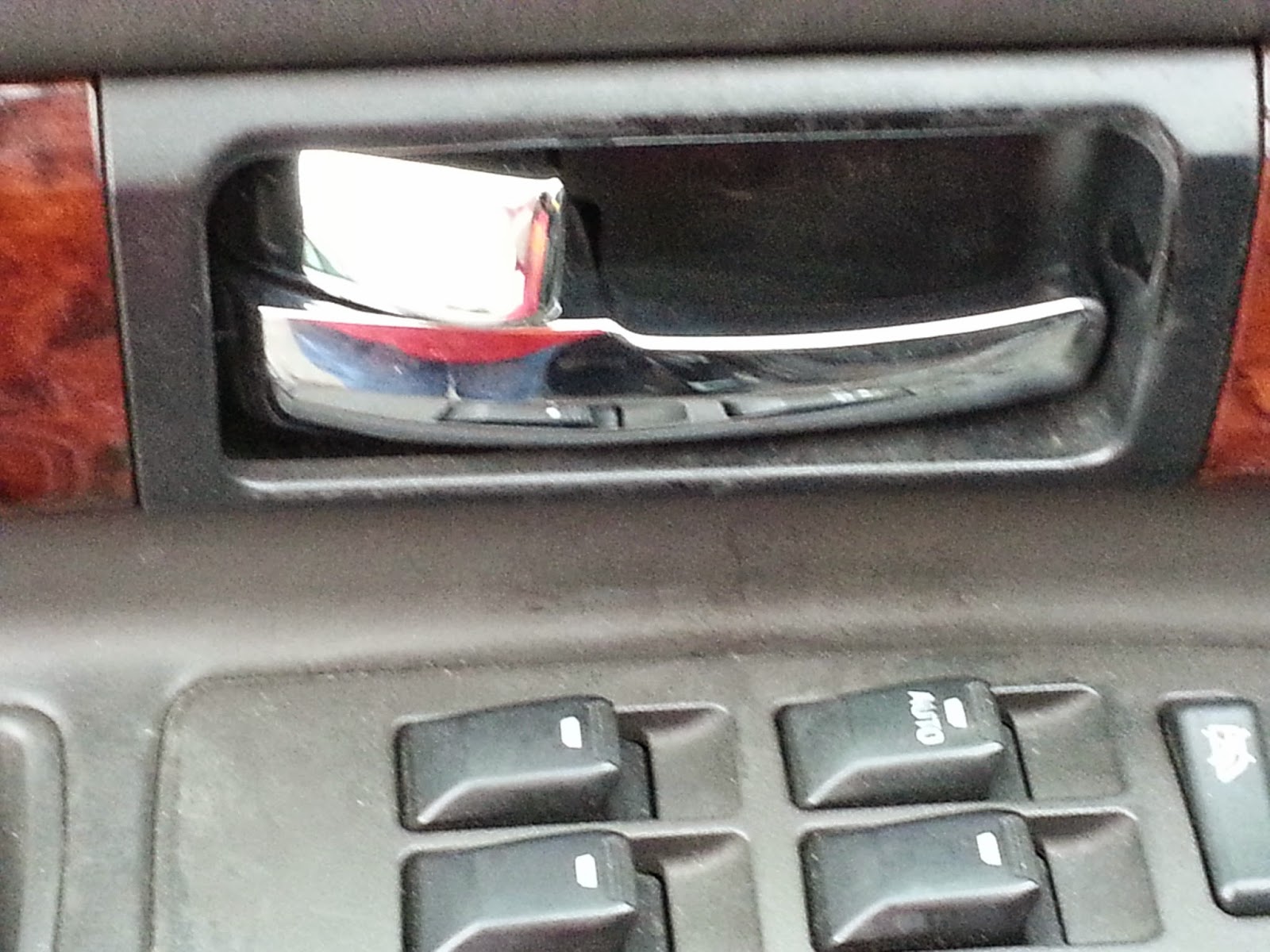 Last fall, I started having problems with my then 11 year old car.  First, the driver’s side door refused to open from the inside.  Just as I was going to try to have it fixed, my oil started to leak and I needed a new gasket. Then, I had to replace the transmission fluid lines and subsequently the transmission. Next the other car needed costly repairs as well.  Every time I got the budget to a point where I could even think about having the door fixed, something else broke that took priority including a couple of months ago, when out of the blue, what looked like a clear piece of tile that came from who knows where shattered the back windshield as I was stopped at a red light.

So in order to get out of the car, I had to have the engine running, open the window, stick my arm out and open the door from the outside, hold the door open with my knee, close the window and turn off the engine.  It was a pain but not a priority.

Since I am still paying off all the other car repairs and a new list of things need to be repaired as well, I had resigned myself to having to go through this long ritual to get out of my car.  The day of the Secretary of State saga with my mom, I was complaining to one of my little sisters that it was getting dangerous because our mom wouldn’t wait for me to get out and help her and I was afraid that she would fall or get hit by a car before I managed to get out and around the car to assist her.

My sister (who had just had 2 separate incidents of her new car being hit while it was parked) said that she would ask the body shop that fixed her car if they could fix my door for me.  She asked and they said that they could but they were very busy and shorthanded as well.  This Wednesday, they took my door apart and after checking everything, found that it was just the inside door handle that was bad.  They ordered the handle and put my door back together and had me drop my car off yesterday morning.  When they called that it was ready, they told me that they were only charging me for the part and not for the labor as we had told them that I am the main one who drives our parents to their doctor’s appointments, etc. This is a godsend for me at this time.  I can’t thank them enough.  The body shop owner said that he hopes when he needs an act of kindness, someone will be there for him.  I am sure someone will.  What goes around come around as the saying goes.

I still have more issues with the car (ignition coil, electrical problems, etc.) but this has taken one big one off my plate as I can now get out of the car and to my mom’s side before she can get out and try to take off on her own.

Sometimes I get a good feeling….
Posted by Alice Vedral (Halva) Rivera at 9:09 AM No comments:

Posted by Alice Vedral (Halva) Rivera at 11:58 AM No comments:

After yesterday's misadventure, I decided to share something upbeat.  This poem, "Fire Art", was inspired by the awesome work of Dale Chihuly.  I was first introduced to Chihuly in 2002 when he exhibited his art at the Garfield Park Conservatory in Chicago.  After seeing it with my husband, I was so taken by the beauty of his pieces that I then took family members who were visiting from the Czech Republic to see it.  That was not enough and I persuaded someone I worked with to come so I could experience the joy a third time. In 2011, while visiting my son & his family in Seattle, I persuaded them to take me to the museum so I could revel in his magical world of glass once again.